This is going to be a short little blog just to cover some of the more recent exciting events. As I write this there are only 4 more days until we all jet off to France which is beyond exciting. I cannot believe how quickly it has crept up!

Meeting everyone for the day in Wellington seems like eons ago but it was great to put names to faces and get to know everyone. I can’t wait to be spending a full two weeks with everyone; particularly due to the wonderful opportunities we are being given.

On Friday Theo Lyster and I went up to the National War Memorial to do some research on the Unknown Warrior and to start getting in the mode for our time in Europe. We learnt some very personal and incredible details of the moving of the soldier from Caterpillar Valley Cemetery in France to Wellington in 2004. We plan to write more after visiting the Cemetery next week. 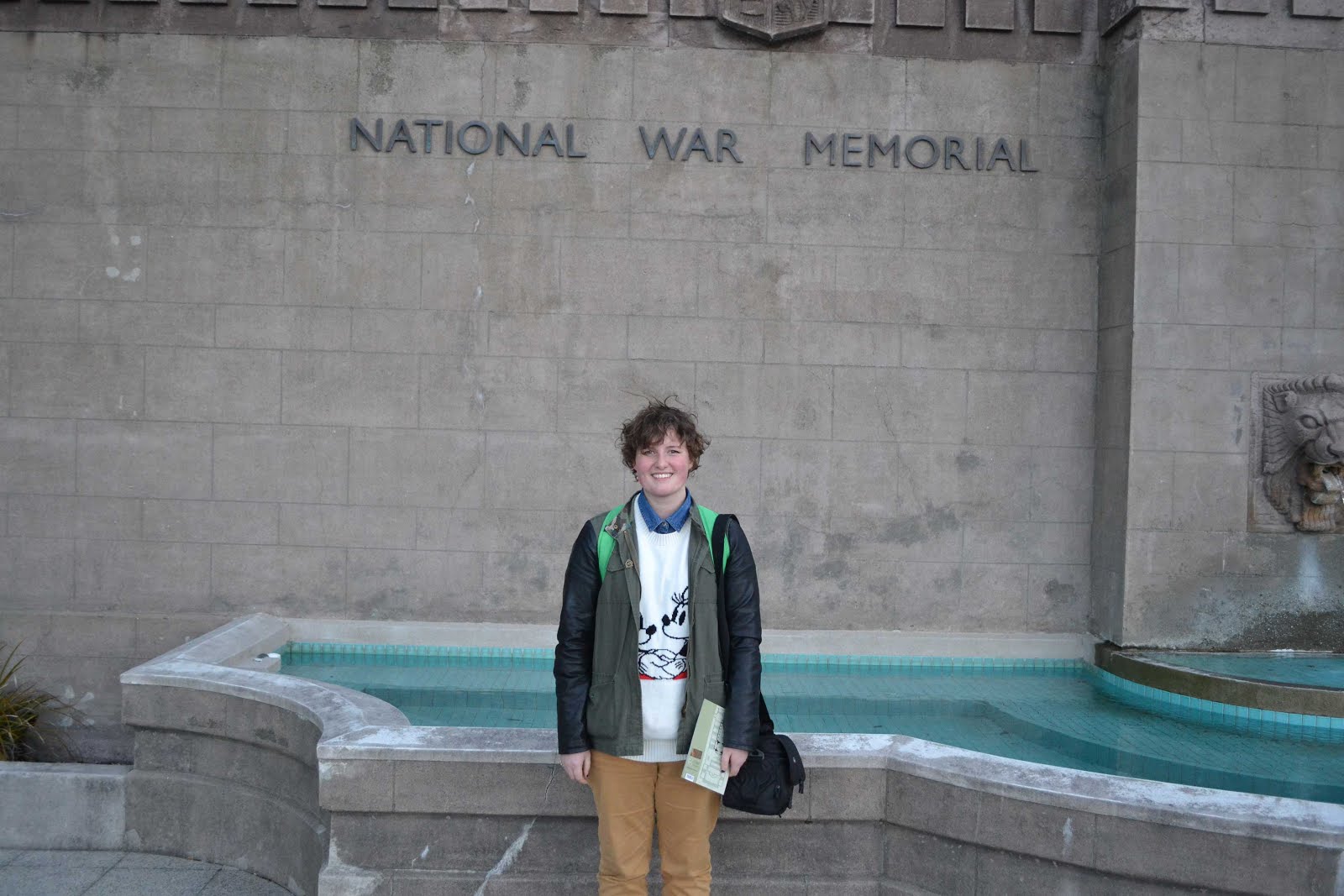 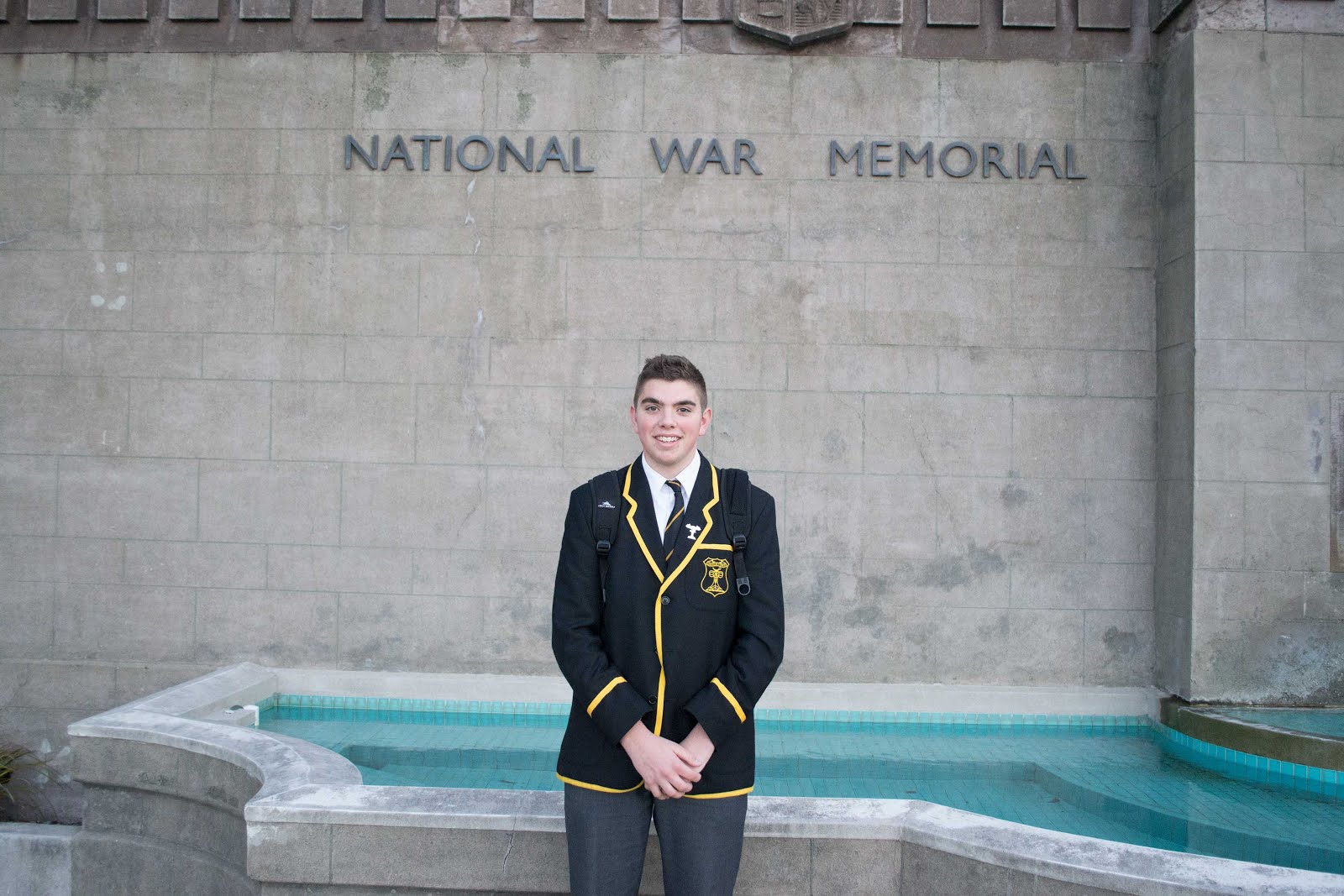 A couple of weeks ago I met up with members of the Radcliffe family in Wellington to see some of the more interesting family artifacts and memories of the Radcliffe Boys. The morning was really successful in uncovering some interesting personal details and expanding my collection of photos and facts relating to the family.  We talked about what they were like as people and I was allowed to share some remarkable photos of the men.  The attached photo of the man with the pipe is Julian. It is a really interesting photo as there aren’t as many photos around of people from before the war joking around or so visibly enjoying themselves. It was a hard process taking photos so often people were posed in an stationery and solemn position. It gives you a real sense of the man Julian must have been to see the big wide grin. The pipe was apparently a gift but he didn’t smoke, so the photo is more of him having a laugh. The second photo is of percy and again shows a sense of humour as he is mimicking Julian. The previous photo is behind Percy and shows that he too enjoyed a good laugh. This photo is quite significant as it shows Percy in his military uniform, possibly just before he shipped off. 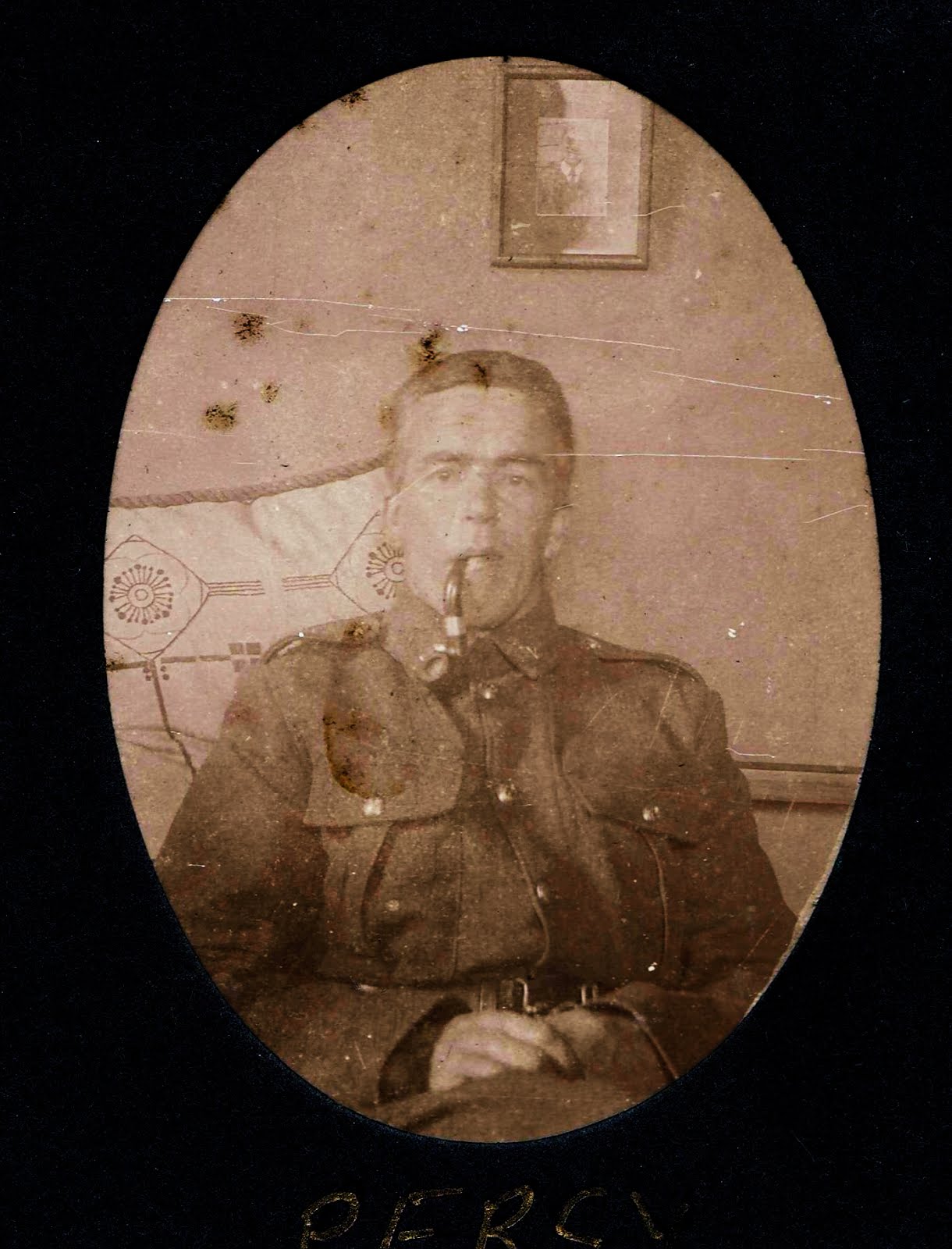 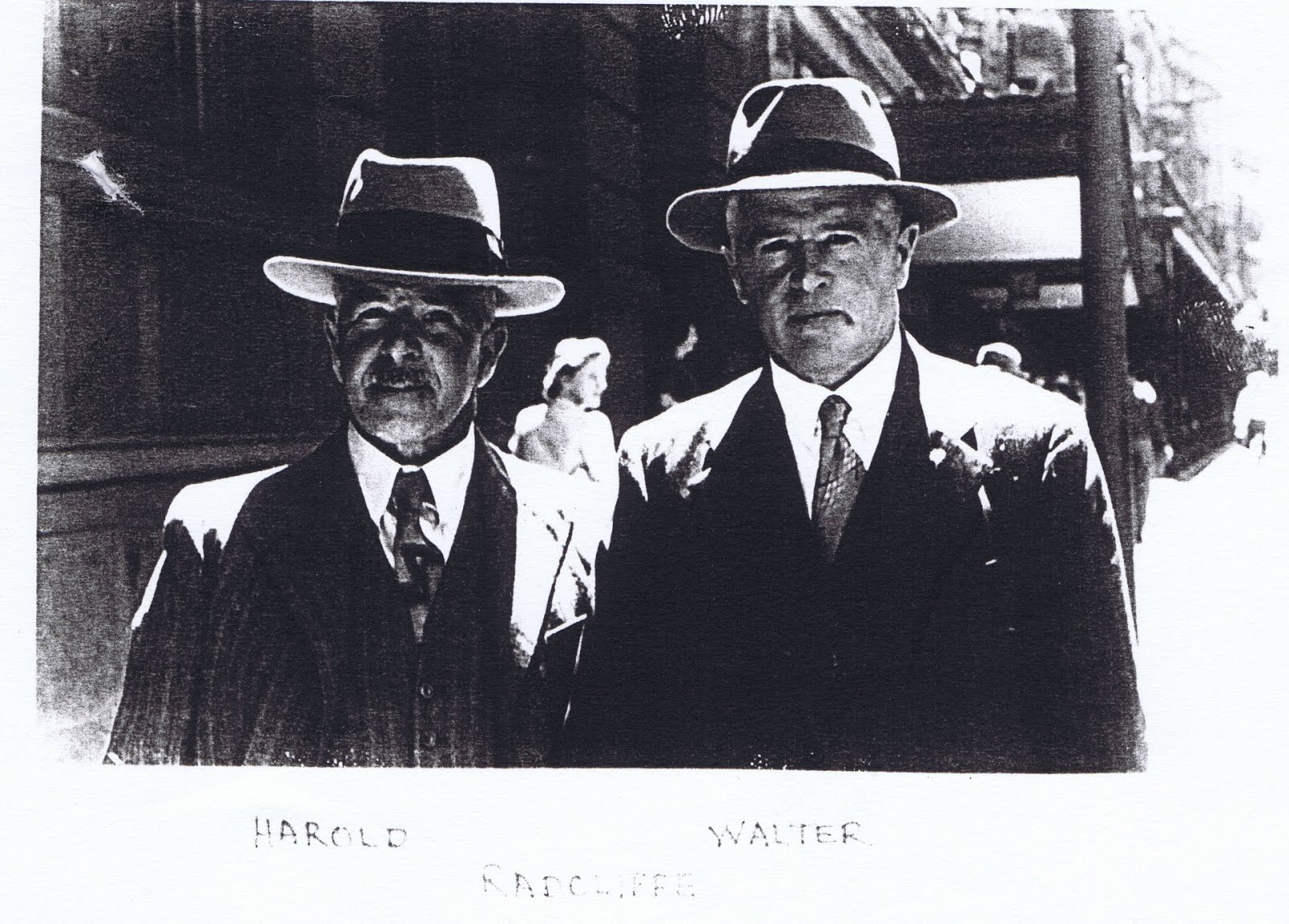 I was also given a later photo of Harold and another brother Walter taken during the years of WWII. Harold (on the left) survived the war and moved to Palmerston North. The other brother in the photo, Walter Radcliffe, was rejected from the army for flat feet. Walter was the grandfather of the family who have been in contact with me. He and his brothers seemed very close and there are photos of both him and Percy and him and Julian

The photo of Walter and Percy on the steps of a house is quite a typical photo of the time. Both photos highlight the strong physiques of Julian and Percy and all show the family in both normal and formal settings. 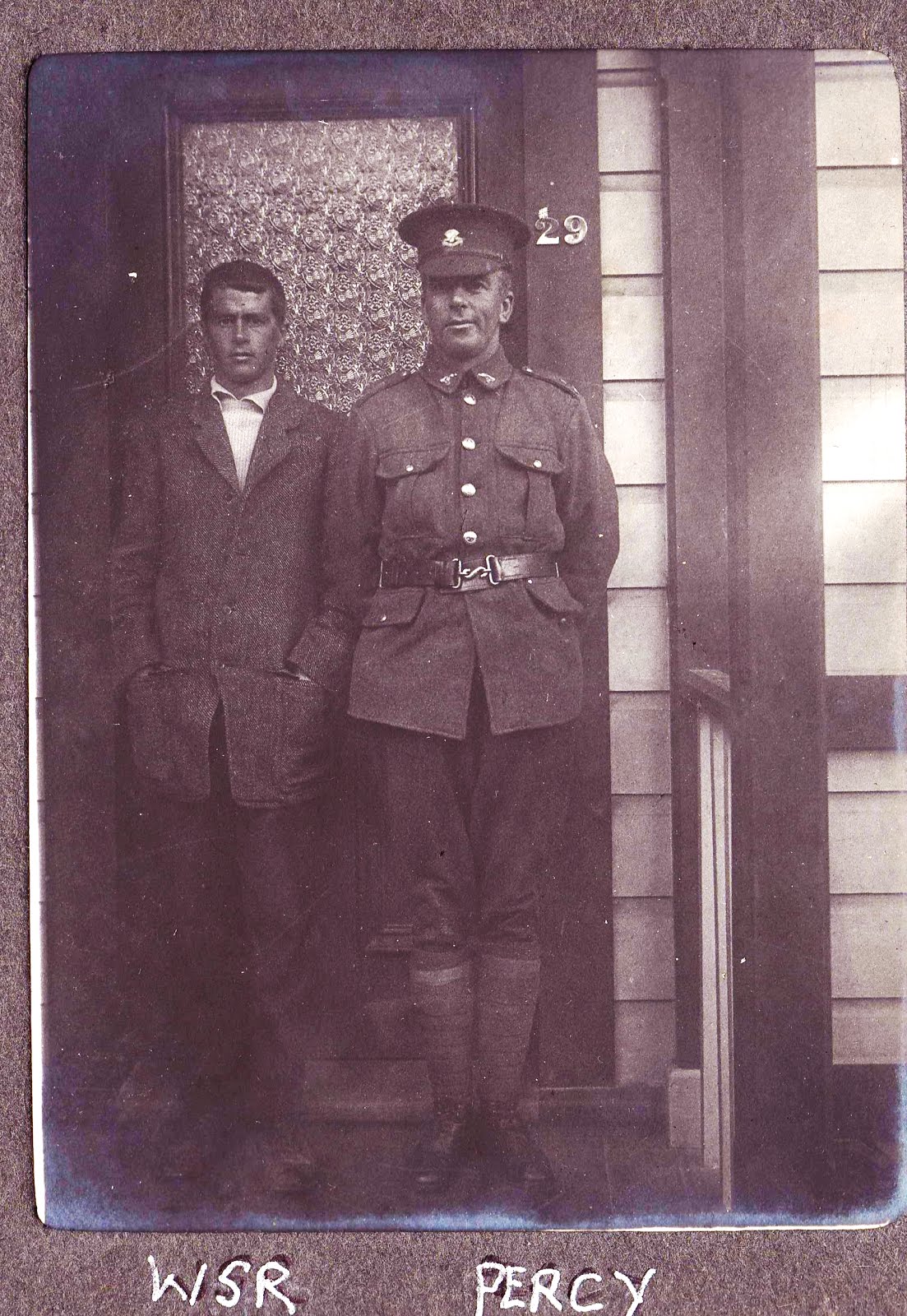 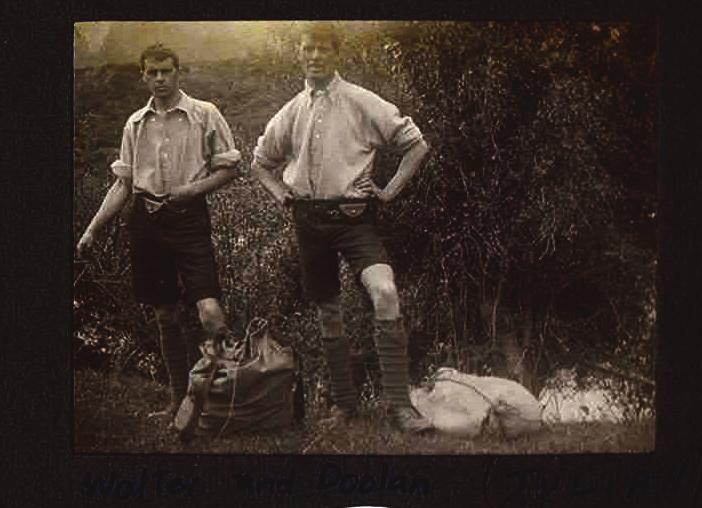 Yesterday my family and I started driving up to Auckland. On the way we stopped at Mangaweka where one of their brothers, Miles, drowned in 1897. The family had told us of the location of the grave and I thought it would be interesting to visit the small cemetery and pay my respects. Upon walking into the cemetery we were greeted with the sight of ANZAC day poppies. Dotted throughout the cemetery there were some 20 graves or memorials to various soldiers from the area. Among these was Miles’ grave, which along with his name and details of his drowning contained the names of Percy and Julian. The grave had been made up almost as a family memorial and was a genuinely moving thing to see. For me it really hit home about the brother’s deaths seeing their names on a tombstone. 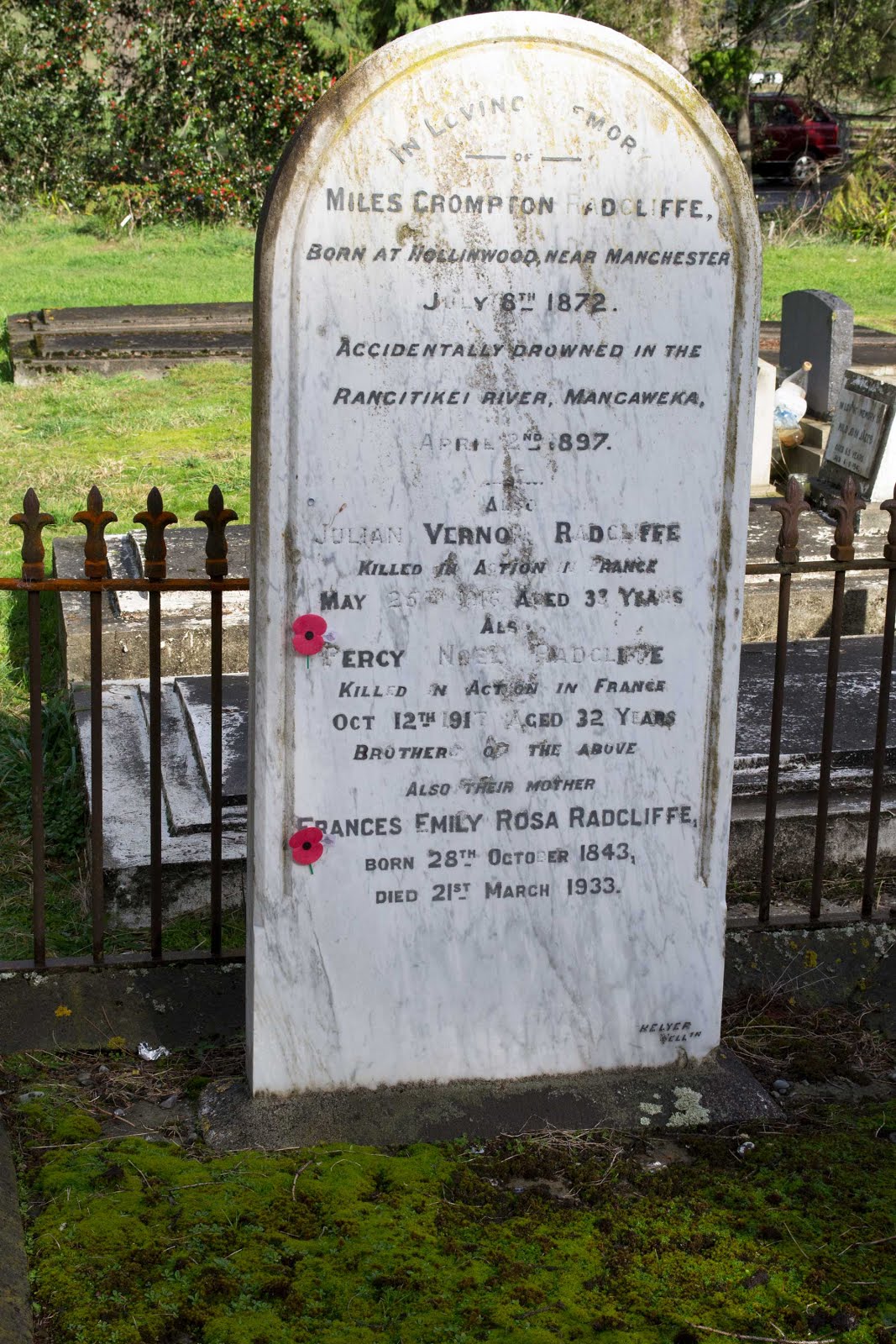 The other thing which really hit me was the number of other graves just in a tiny cemetery in Mangaweka which had a poppy and a mention of serving, or dying during not just the First World War but it conflicts like WWII and even more recent.

We also stopped at the Army museum at Waiouru. It was a good way to prepare myself to go to the places detailed in the western front exhibit.

I will be spending a few days in Auckland where I hope to visit the War Memorial and Museum. I can’t wait to report back from some of the places I have been researching for the past few months.

More in this category: « Conformity at War Shout out to Granddad for being my #1 blog follower! #daysout »
Login to post comments
back to top